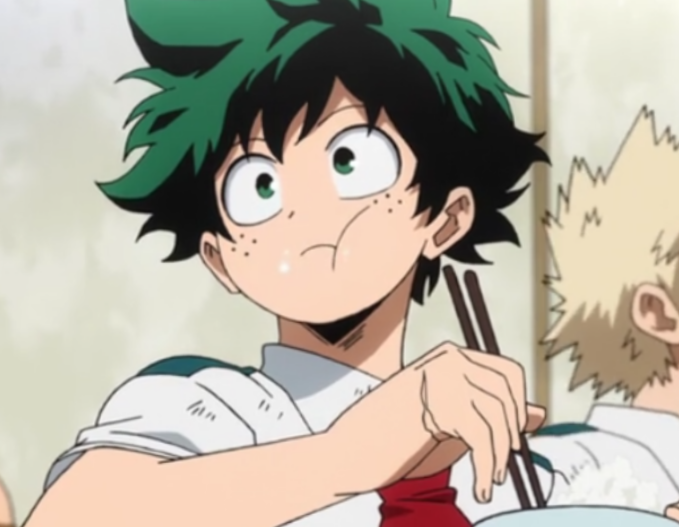 Quirk: Ghost
Type:Transportation IG
Quirk Desc.: Allows the User to come out of their body in a ghost like form[Still has the hair of the user]

Pros:Can't be hit in ghost form, speed increases, In ghost form the user can phase through objects

Balance: Can be hit by energy blast but not pysical attacks

If you have any ideas for this quirk let me know

Quirk: elemental switch. Info: switch between 4 different elements. Fire, water, air, and earth. Limit: can’t use all 4 at the same tome as a beginner.

Quirk: [Lightning manipulation] if you put your hand up facing the sky you can throw lightning or summon it and use it as a way to traverse

quirk: mind blood) if you stab someone and drink the blood you can go in the person you got the blood from's mind or manipulate them to do your bidding

Name : Hai Tori quirk: "Phoenix". description: allows the user to combust and use the fire in any way they want, but if the user stays fully combusted for to long, they will disintegrate into ash and soot. after a whole week, the user will regenerate with a different look and personality.

Name : Hai Tori quirk: "Phoenix". description: allows the user to combust and use the fire in any way they want, but if the user stays fully combusted for to long, they will disintegrate into ash and soot. after a whole week, the user will regenerate with a different look and personality.

The fire can be put out by water and anything over 120 degrees below Celsius.

I actually have a really cool idea for an evolved quirk called "Phoenix". It allows the user to spontaneously combust and use the fire in any way they want, but if the user stays in that form for to long, they will disintegrate into ash and soot. But after a whole week, the user will regenerate with a different look and personality.

I think a shadow qurik would be cool so how it would work is the the quirk user can go 2D into their shadow and can move around but he can not jump. the way he/she attack is that if the get close to an enemy he/she can control there shadow and when he controls there shadow there body moves with it. kinda like mind control. so if the shadow punches its self the person hes/shes controlling will punch them self. thank for reading my quirk suggestion. You can make tweaks or changes to it. Looking forward to season 5

omg i love this

Quirk: Apparatus Belli(War Machine). Type: Transformation. The user body can transform into different mechanical parts such as for example a cannon or a Jaegar from pacific rim fist with the blade. The user at the beginning can only do parts of his body, his ultimate would that he fully become a machine with no internal organs although it’s only temporary as it is taxing on the body.

quirk: i was thinking about this idea so the first one puppeteer where you can control some one like a puppet and the second one is where you can see the dead

Quirk: Guardian ||Type: Mutant|| Abilities: You have a Pair of Wings and you can Revive A Person In Exchange for another Humans Life, Meaning you would Have to kill someone to revive someone

quirk: nightmare this alowse u to make peoples worst fear come to life

Quirk: Toxin This allows you to release toxic fumes from all over your body but not just that it allows the user to harden or shape it into various objects such as blades or armor though the toxin cannot be shot of the body in any way it can only affect those in close proximity to the users body it can also cause temporary poison if the target were hit or came in contact with any of the items though the effect would go away in a few seconds

Quirk: Time Manipulation Type: Emitter Description: User can manipulate time in a general area or for a specific target in various ways. The most basic of acts revolving around accelerating, slowing, stopping, and even rewinding time. Pros: User is able to move freely in time which makes them appear to have enhanced reflexes and speed. Temporal Rewind allows the user to reverse the effects of recent events like: *Repair damaged objects. *Temporal Healing *Temporal Inversion which allows the user to cause time go in the opposite direction and thus every past phenomenon will be relived but in reverse. Techniques: *Time Perception Manipulation allows the user to control the perception of time to oneself and others. Influencing the user and other people senses by speeding up, slowing down, or stopping it which cause people to be paralyzed. *Chronokinetic Combat is able to utilize time with their physical combat while causing the victim to be slowed down. *Accelerated Probability is the power to predict what choices one could make and their potential outcomes. *Flash-Forward allows the user to go the future for seconds, minutes, or days. *Temporal Empowerment is able to draw sustenance from the time and even slow or stop aging. *Time Aura is able to surround themselves in temporal energy which allows the user flight, jest propulsion, and deflection. Cons: User may have limited ability in both length of time and area they can affect. *Users of Omnilock, Spatial-Temporal Lock, and Temporal Lock are immune to this power since they can exist or reside outside of time. *Over-usage will strain the user. *Unable to affect certain objects, such as the deceased and inanimate. *A given time, space, location, individual, and object may a limited number of ways in which it can be manipulated before "breaking", "tearing", or ceasing to exist.

Quirk: Liquid Matter Type: Transformation Description: User can transform any/all liquids. Pros: Any liquid transformed by this power would have all the properties of the liquid they become. User can change a liquid inherent properties such as turning water into acid. Eavesdrop into conversation, sneaking around, and make liquid weapons like a blood whip. Cons: User has a limited in length, distance, mass, precision, etc. of how much liquid they can turn to and control. People can drink the user or mope they out of the floor.