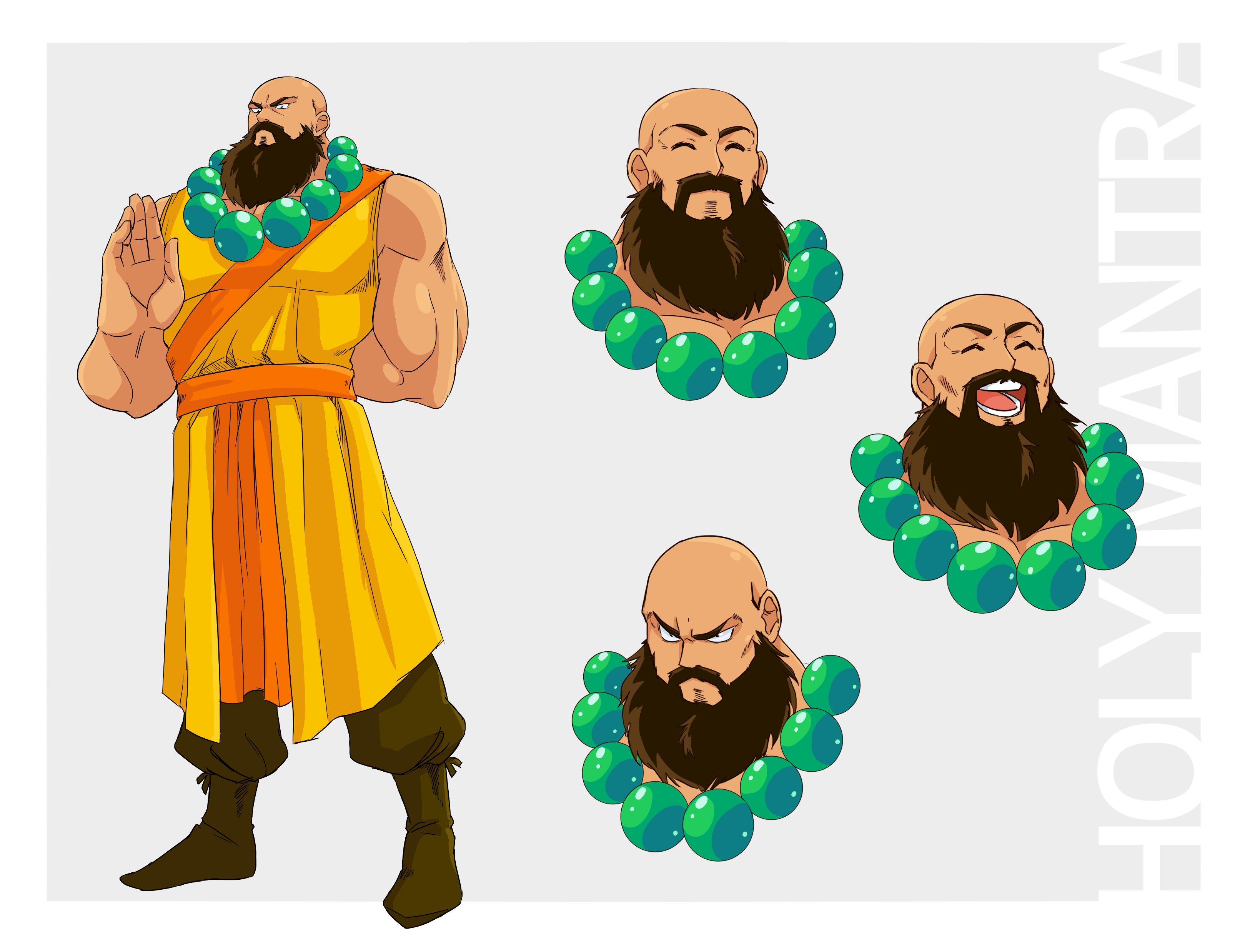 In this blog I'll be giving some guidelines for 2D artist who are working on the MHA fan game. I'll be mostly concentrating on character design here, however I believe these work methods can be used in other fields as well (such as designing props or additional art for the game or the website). I'm going to approach this by detailing my own work process when doing character designs and how I go about it. The point here is to give you some helpful hints for doing designs for this project. You'll likely be working with writers, developers, and other artists so keeping everything organized and easy for everyone helps things going as smoothly as possible.

I've been cooperating with the head writer Loki in designing characters that he's created for the game. When we started working on the first character, Holy Mantra, Loki sent me a lengthy description of the character accompanied with the script for a story he will be a part of. The description included information about Holy Mantra's appearance, personality, Quirk, and reference images and sources of inspiration. I read through the files and stored the reference pictures that would be of use to me. I started by drawing some rough sketches based on the descriptions given to me.

In these very first sketches I added some variations to some of the design elements that weren't clearly laid out in the descriptions. This way Loki could give his opinions about the character's appearance. Since the game is a collaborative effort, it's important to get other people's opinions and listen to their suggestions. Any necessary redesigns will be easy to do at the start so this way you can help prevent having to do extra work further down the line.

I marked every design option with a letter so it would be easy for Loki to point out which designs were to his liking. After this I drew new sketches based on his feedback.

The beard ended up being a mix between options A and B (similar in style to A but slimmer, like B). His eyes were option C. With the robe we chose option C but added a shoulder piece to the other side as well.

When we had reached a consensus with Holy Mantra's appearance I moved on to finalizing the design and drawing a full body image. Luckily, Loki had been fairly clear with what type of body Holy Mantra should have so I didn't feel the need to add variation here. In the character explanation document, and the story, Holy Mantra had many times been described as having the body of a bear, rippling with muscle. So, this is what I ended up drawing him like based on that information:

The reason I drew him both with and without clothes was to give a full picture of his body and muscle structure and to showcase how the outfit would sit on him. In order to maintain the style of My hero academia, I used characters from the anime as reference when drawing Holy Mantra. Mainly I used Endeavor and Vlad King because they both have very large and muscular bodies. I generally encourage people to use as much reference pictures as possible when drawing to help them draw certain body parts, expressions, poses, etc. I for example use the internet a lot while drawing. Taking pictures of friends or family members posing is also a good method.

Anyway, the image above was originally meant to be the one used for Holy Mantra's character sheet but I felt the pose was a little bland and didn't fully depict the character's nature. So I ended up drawing another full body picture of him, this time from an upward angle so he's looking down at the viewer and holding his hand in a similar way as Buddhist monks do. I also drew some facial expressions to accompany the full body image (as requested by Loki) that showed other sides of Holy Mantra's personality.

After Loki had accepted the design and the sketches I had shown him (above), I could finally finish the character art.

The final product with colors and shading.

And finally the character sheet.