Heyo lads! Acester1642 here! I am pretty much your typical new guy who plays video games, watches anime, makes art and music, and doing some voice acting. Though the latter I am just a newborn baby on. I love to make new friends and learning to use VA work. I hope I can get along with ya guys!

Tales Of Destiny 2: The Dreadnought (Music)

I do have a main OC I use universally for many RPs or Fan projects. 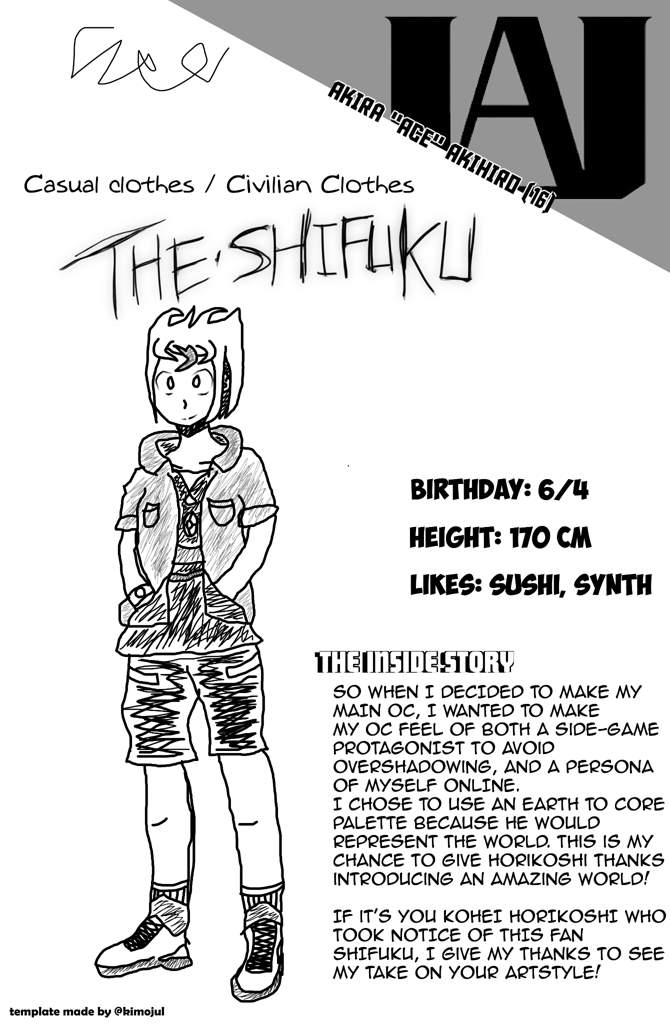 Hero Motivation: To prevent the loss of loved ones after losing his parents that made him an orphan pretty much.

Quirk: Laser Limbstreamer: Can turn his arms and legs into laser blades in combat and rollers respectively. All only available when he livestreams online.

Birthtown: Kanzakai (From a game called Under Night In-Birth. A fighting game with the general setting being "A bunch of super-powered assholes fighting in a city at night." -Majikura (SugarPunch Design Works)

Onto some Favorites and a fun fact...

Favorite Voice Actor: Johnny Yong Bosch (And I even met the guy!)

That's all the know how of me for now! Here's to getting along with ya!