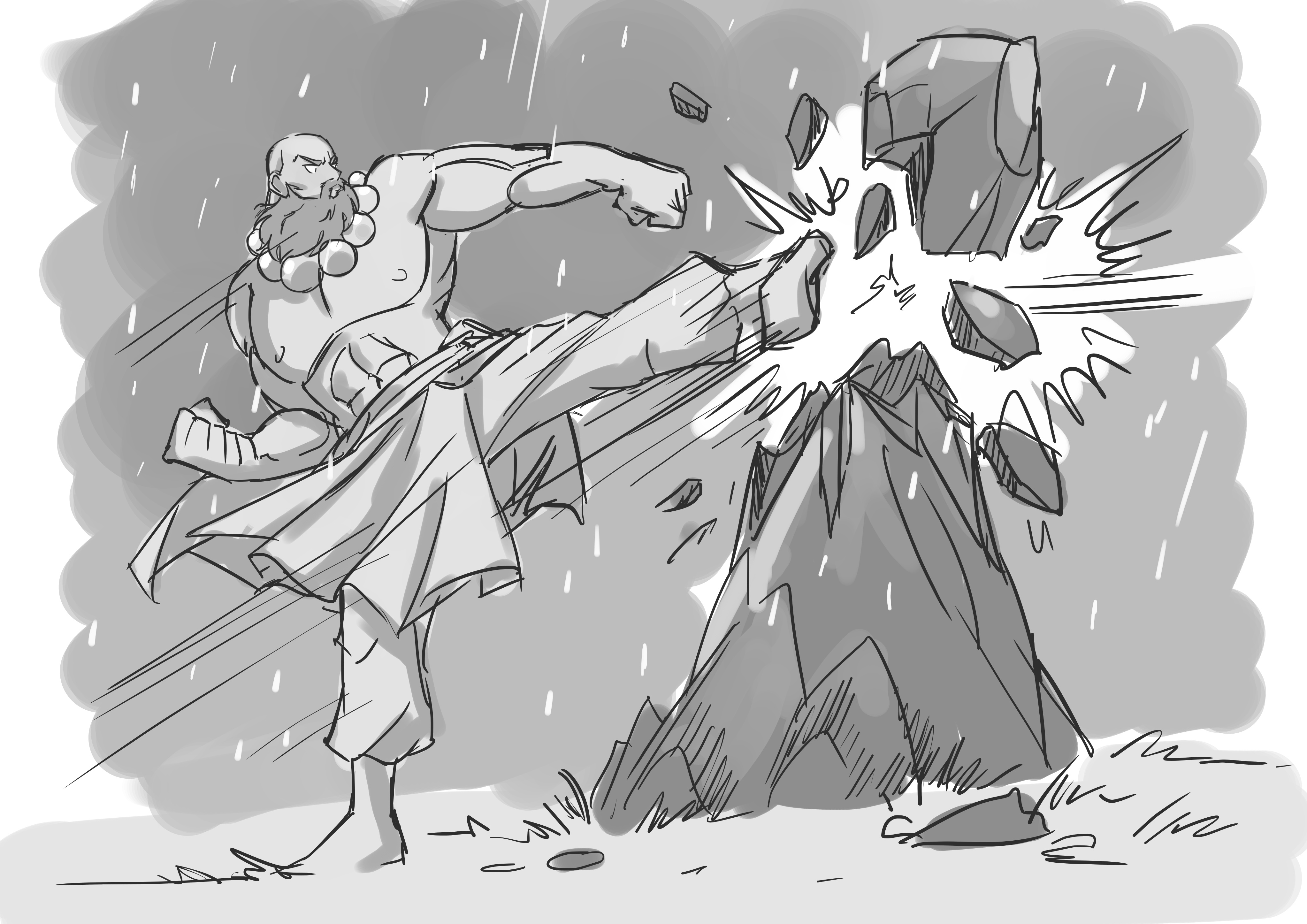 The following sketches showcase some of the key points in the storyline Holy Mantra will be a part of in the game.

Training. In a booming storm lashed by rain and howling wind, Holy Mantra sat in solitude inside the temple's walls. After meditating, he stood up. His legs were screaming in pain but he didn't allow the pain to distract him. In a blink of an eye, he landed a kick on a rock pillar, shattering it to pieces with devistating force.

Arrival. UA student Muchuu Utajo (more information about this character later) arrives at a temple in Kyushu where Holy Mantra's hero agency is stationed. That's the agency Muchuu chose for his internship hoping that Holy Mantra could help him better control his Quirk. Greeted by a large gate, Muchuu enters the courtyard of the temple. There he finds Holy Mantra meditating, deep in his thoughts. Meditating. Meditation is a crucial part of Holy Mantra's daily routine. Every morning Holy Mantra and his student spend some time meditating together in a large meditation chamber inside Holy Mantra's temple.

Scouting. As part of the internship, Muchuu joins Holy Mantra on his patrol around the city. As they walk down the street multiple missing posters can be seen littering the walls and streetlights, reminding them of the danger that's lurking in the night. Confrontation. While scouting the vacant city streets, Holy Mantra and his student witness an old man attempting to stab a drunk bypasser with a knife. Before the attacker manages to land a hit, Holy Mantra charges in faster than the eye can see and grabs the attacker's hand, immobilizing him with his massive grip. Terrified, the perpetrator tries to plea for understanding. Holy Mantra's usually calm and gentle spirit is darkened with burning rage as he confronts the man and demands an explanation for his vile actions.