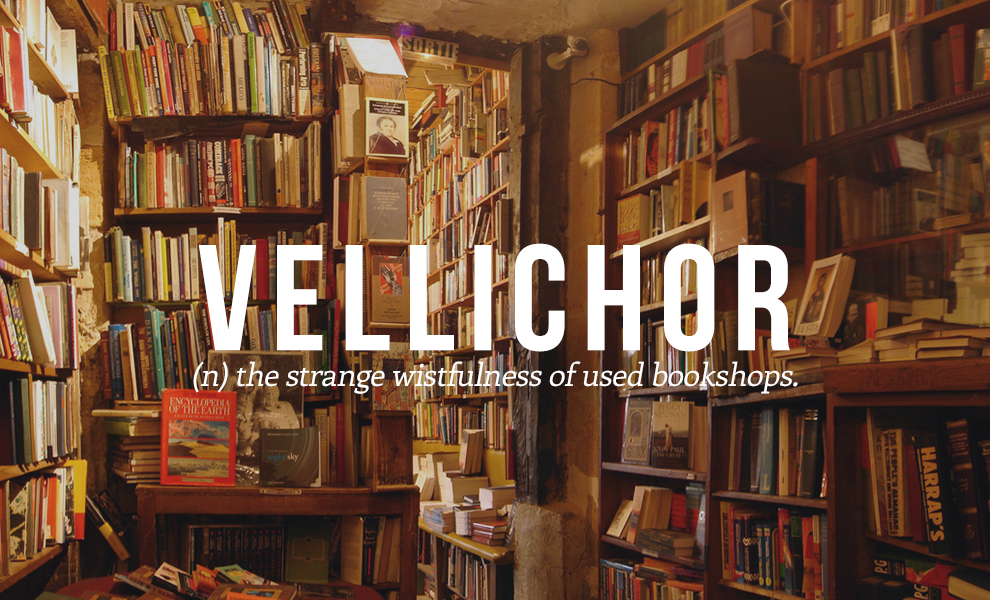 Today, I am going to give you, dear readers, some insight on writing, what my process could look like, and some tips and thoughts for anyone interested in writing. If you don’t know how to improve or move forward, these clarifications and pointers might help you break that deadlock.

Let’s begin with a question: What is writing? I talk about this in my tips and pointers on our Discord server, but I’ll just quickly mention what’s most important. Well, writing is a skill, and just like every other skill you have to practice over and over again to get better. So if you want to become a writer, just write and write and the improvement will reveal itself. Like Stephen King himself has said: “If you want to be a writer, you must do two things above all others: read a lot and write a lot.” Which leads me nicely into the second point I want to surface: reading. Just as writing improves your writing, so does reading. Different authors use different words and phrases, different ways to paint the picture with words, different ways to build up a character or concept. This is your largest source for inspiration when it comes to writing itself. Also try to expose and challenge yourself to new and different things. Read from all the genres, and not just the one you prefer, and read different types of text like novels, short stories, novellas etc. Your mind is a strange thing, and you never know what fraction of a detail, maybe a mere word, could have crucial impact on sometime in the future when you sit with quill in hand.

Now, to get more personal. How do I write? To begin answering that vague and difficult question I will give you examples of stories I have written, and where I began before it became a story. I will also give out the links to the Google Documents where the texts are found, in case anyone is interested. Of course, all feedback is very much encouraged and appreciated!

1) First one I have to share I simply titled ‘Fight Scene’: https://docs.google.com/document/d/1F-SyCJEQfY-dlon7u5X4P0YZnzNzgnrfTN7_9B8NmK0/edit?usp=sharing

This story started out as a concept. I had an idea where I would write the most epic and intense of battles, between two champions and a horrifying beast. However, the idea was that the two champions would be cats, and the beast a mere vacuum cleaner. So even if the battle appears like a battle to be remembered for eons, that will go down to history and songs around the campfire, that Bards would tell tales of, tales which would spread from mouth to mouth, that is not what it is. In reality, it’s small quarrel between these two frightened cats who finally want their revenge on that cursed and loud machine. So my two cats; Iris and Remus became the champions, Iris the mage and Remus the rogue/warrior. The vacuum cleaner became the incarnation of monsters and evil, sharp obsidian scales and long wicked talons, a bottomless jaw lined with uncountable razor-like teeth and oozing with blackness, stench and ichor.

The tale behind this story is that one day me and my friends decided to play DnD, as one in group -Chompe- had started writing a campaign. After we all had created our characters I decided to go a step further and write a short story illustrating my character, to help our DM.

Forth came my bard: Raek Shirin, lover of performance and dance, master at the fiddle and reeling in women with adeptly woven words or his breathtaking smile. And to portray him as a character I created a scenario and world where that could be explored and get room to flourish. So, the story begins with a classic tavern scenario, where Raek, his characteristics and part of his backstory are revealed since the Innkeeper knows of him. The following scene is merely there to illustrate what he can do as a bard, and that he loves playing the fiddle above everything else. It then moves on to show his view upon the world, that he can’t stay anchored to one place and instead longs the road, a new horizon, jumping from crowd to crowd. The fight with the ragged boys is there to illustrate more of that, that he doesn’t see life’s obstacles -like a fight- as trouble, but as a fun dance. Later that day insight about his past is further unveiled as Raek’s mind opens, and his repressed emotions surface to taste the crisp night air for the first time in forever. The story rounds off with Raek reaching the end of the road, where his target -the College of Valor- lay. And here, ladies and gentlemen, is where the DnD story takes off.

3) Thirdly I want to talk about one fateful night, where as if struck by lightning, a dream hit me, vivid as reality and more.

As soon as I woke up I leapt at the keyboard to write down everything I could remember of the dream, which eventually lead to the short story linked above. The reason I chose to call it ‘Lovecraftian Dream’ is because it was very much like that; dark and cold and twisted and otherworldly. In points 1) and 2) I talked about stories growing from characters or concepts. But it doesn’t have to be that way. I like to think a lot before I write, but in this case I did not, as the inspiration just came to me from some outside place or higher power.

This leads me into the next point I want to bring up: inspiration. Where do I get my ideas from? Before I touch upon this subject however I want to mention something that I talk about in one of my tips on Discord. That is that writing is not about ideas. A great writer can take the most plain and uninteresting idea and make a great story, while a terrible one will take the a brilliant idea and make a terrible thing. So try to avoid treating your ideas as this holy and perfect thing, since that can actually hinder you in your writing.

But, of course it’s nice to have something to write about. What I do is that I read books very often, watch television in the form of films and shows, and actually spend a lot of time on Pinterest. This is to, as I would like to put it, grasp for bits and pieces that could stick with me and be the original spark for a thought that steamrolls into something great. It can be something as simple as a picture of a landscape. For me questions like this pop into my mind. Where is this? What exists beyond the borders? Who or what lives there? Why? What impact does that have on the location and the world around it? What is its history? Why and how does that matter? etc.

Next step, again for me, is to think. When I see a cool drawing of a character or a power, let’s say, I just spawn ideas around that small spark that caught my attention. And that, dear reader, is the most important thing when it comes to this. Your gut feeling. Both for writing -if something in your text feels wrong, but you can’t say why, it most likely is something that should be edited- but also in ideas. When I swipe mindlessly on Pinterest I’m there to gain inspiration, that tiny spark. And when you see it, when it catches your attention and your mind begins to spiral down a train of thought, it’s a telltale sign it is worth a fortune, and that you should write it down so the paper will remember it for you. Do not brush it off. Use it to create something amazing just since it, like a lantern in the dark, stood out to you so much more compared to the rubble.

Now I would like to mention that brooding over ideas doesn’t make you a better writer. So sometimes I decided to just sit down, pick the quill up, and write. I put a timer that now I’m gonna sit here for, let’s say two hours, and just write. And when two hours is up, that story is finished, no matter how it looks in the end. Stephen King, the workaholic but brilliant writer himself once said this about writing: “If you can do it for joy, you can’t do it for ever.”.

What he means here is to be a writer for real you can’t just ride on the creative highs, and create a good piece once in a blue moon, when the planets and stars align. To become great you must learn to adapt, to be able to sit down and force yourself to be creative, and write.

So, now you’ve gotten some insight into writing, and my mind concerning writing in particular. For all you writers out there, feel free to ask me anything if you have any further questions, or if anything in this blog was unclear. In the blog following up this one: My writing for the Game, I will talk about how I write stories and characters for this project, and everything around it. So, stay tuned for that. While waiting I suggest you pick up the pen, or turn to the keyboard, to write! Anything will suffice!

darknet market list xanax on darknet https://darkweb-heineken.com/ - how to buy things off the black market

[url=https://brain-glass.com/]Glass magnetic[/url] Glass marker boards – equipment that is requisite in regard to the visual show off of distinct info (in discrete, textual, photographic), presentations. Glass magnetic

how to access dark web markets pill with crown on it [url=https://heinekendarknetdrugstore.com/ ]Abacus Market link [/url]

dark markets mexico darknet market list https://kingdom-drugs-market.com/ - how to get on the dark web

how to get on the dark web on laptop asap market darknet [url=https://heinekenonionmarket.com/ ]drugs dark web price [/url]

how to get on the dark web deep web directory onion https://heinekenexpressonion.com/ - phenylethylamine

how to use onion sites black market deep [url=https://kingdomdarkmarketplace.com/ ]the onion directory [/url]

darknet websites list 2023 what is darknet markets https://heineken-markett.com/ - pill with crown on it

largest darknet market how to access the dark web through tor [url=https://kingdomdarkwebmarket.com/ ]versus project link [/url]

Populations from such countries, especially in the Western hemisphere, derive a large part of their dietary calorie from fat clomid vs femara

darknet market sites and how to access how to get access to darknet [url=https://kingdom-darkmarket-online.com/ ]darknet black market url [/url]

darknet drug market how to get on dark web

dark web search engine how to get on dark web

how to get on dark web darknet drugs

tor market links how to get on dark web

how to access dark web how to get on dark web

how to get on dark web deep web drug store

how to get on dark web darknet links

how to get on dark web drug markets onion

darknet drug market how to get on dark web

dark market list how to get on dark web

deep web drug url how to get on dark web

how to get on dark web best darknet markets

dark web market links how to get on dark web

drug markets dark web how to get on dark web

how to get on dark web dark market onion