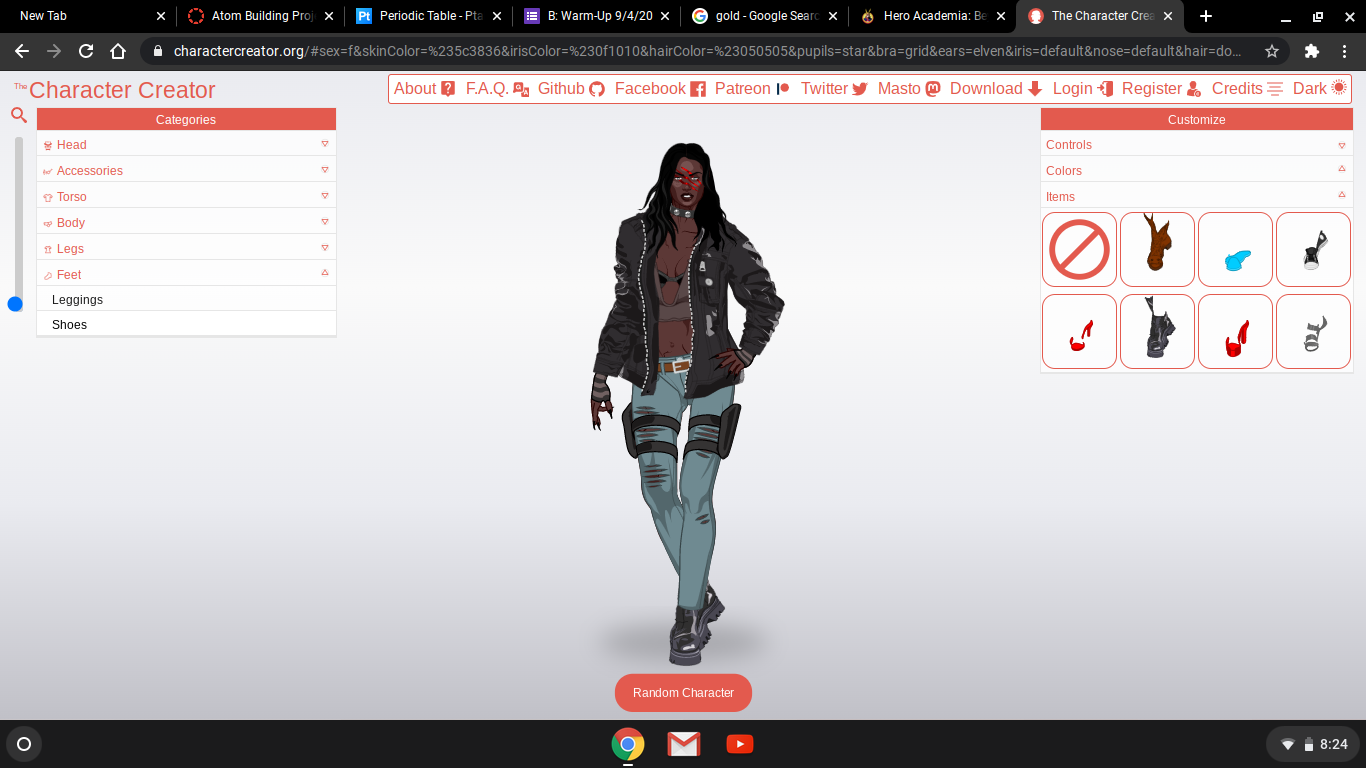 She had alot of trama as a kid. Her parents became villans and used there quirk to hurt her. No one knew her quirk she keep it to herself and said she didnt have one. Until one day she had enough of her parents and showed her quirk. She could shape shift. It was a hard fight but she won the fight. Then she past the paper test for U.A high school and she was scared for the real test. She was so suprised when she was exsepted.