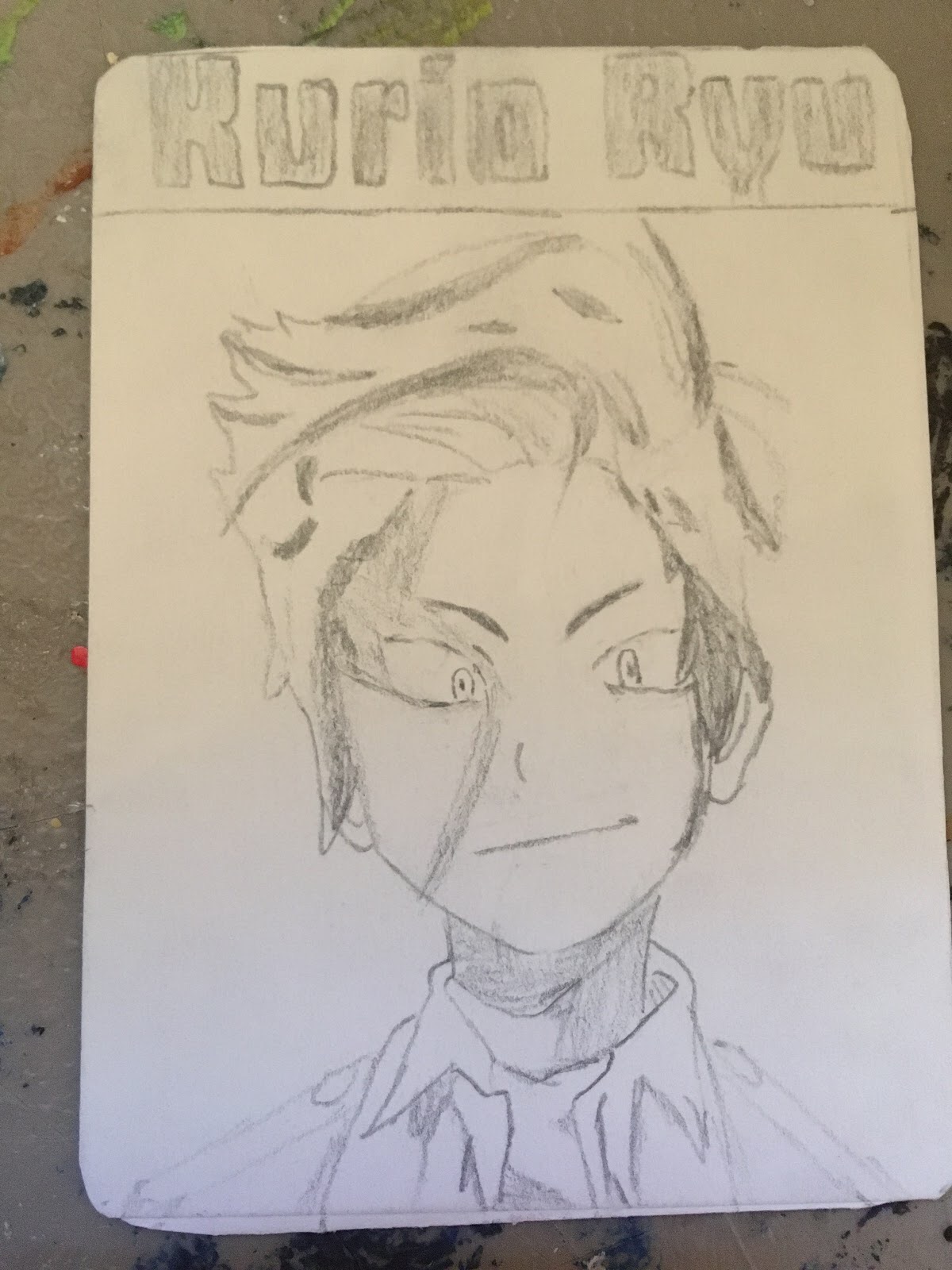 This is Kurio Ryu, (I think it would be really cool to add her, but it probably won't happen) she is 5" 3', has yellow hair like denki's with some black spots. Her quirk is DragonBody. It allows her to transform her limbs into dragon limbs. The dragon limbs are covered with fireproof scales that also make fire. They have a temperature limit that is a little more than blue flames, then it will burn her skin (Skin is not fireproof). She can also make wings, a tail, and claws for her hands, though she cannot turn into a dragon like the one hero Ryuu (I believe her name is). She is part of the league of villains who is a spy for U.A. She has trouble trusting people and mostly trusts herself. (If was given a situation where either her or her friend could live she would choose herself). I made a card for her which I'll attach below showing what she looks like. Her mark on her face is a burn from using her quirk in training. Hope you like her. Even if she can't be in the game I think her quirk could make a nice extra one if your looking for some.